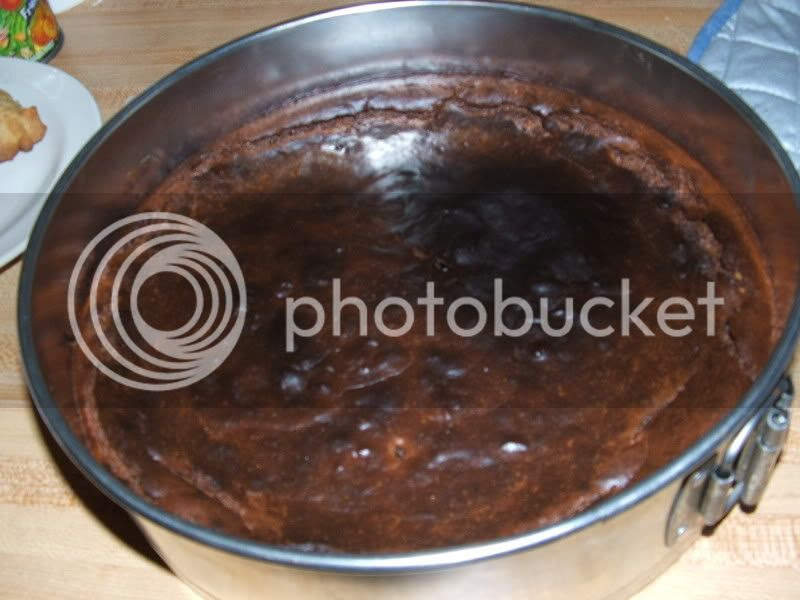 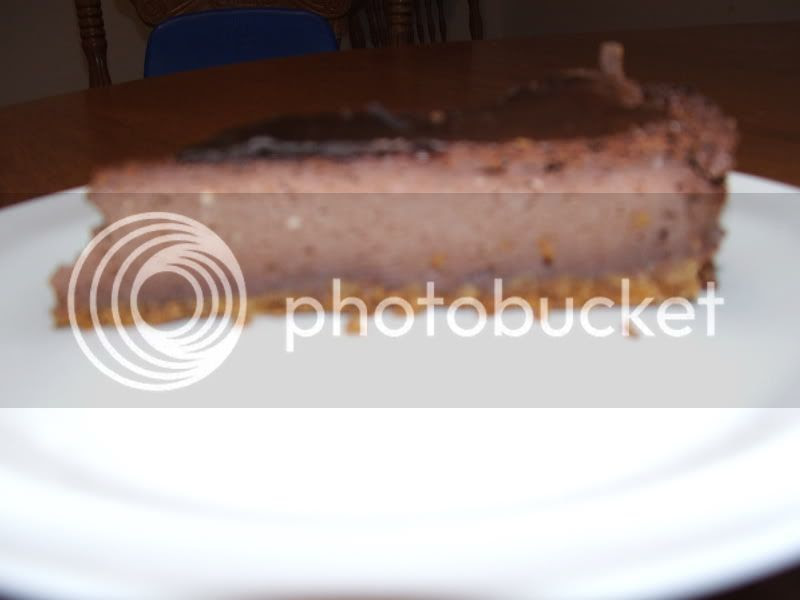 Beat cream cheese until fluffy. Beat in yolks, vanilla, salt, and pudding mixture. Fold in egg whites. (Odd. Says nothing about beating the egg whites first. Hm. Well, I would.) Pour over crust in pan. Bake on lowest rack at 425F for about 35 minutes or until center is set lightly when touched. Cool 4 hours. Spread top with sour cream.

Notes: With every new recipe comes trial and error. As did with this recipe. I was very tired and had been cooking all weekend when I made this, so I made a couple of mistakes. I used the wrong oven temp and ended up cooking it for longer and the top get darker than it should have, just short of burning it. I also misread or didn't read and I add the sour cream right into the recipe without puting it on top. With that said, it was awesome. It wasn't as rich as it probably should have been but I'm going to try this recipe again sometime and read more carefully. It was nice anc creamy and I loved the texture. The latch on my 10-inch springform pan broke too, so I'm bummed.
Posted by Donna @ Snowbound at 3:59 PM