Amanda, you may not want to read any further, TMI, just scroll to the bottom to look at pictures. It's been a week from hell really. Yes, like everyone else I seem to be reading about lately be have a dreaded virus in our house that give you diarrhea and vomiting. Little M has had it the worst with both symptoms and it's been off and on all week. Just when you think he's better he misses the toilet and I'm cleaning up bile. It's not fun. Hubby and I had nausea for a brief moment but nothing came of it, we got the other symptom. Hubby is over after two days but I'm on my fourth or fifth day, tail end I hope because all I've had since this morning is tummy rolling rumbles. Snow baby is fine and SmartGuy had one bit of it this morning and nothing else. I also think I need to buy Little M a new mattress. Or is there a way to clean poop from a mattress. Gosh, what a week. Except for the brief moments where Little M is nauseous and asking for gravol everyone has been in pretty good spirits and not feeling too made. I had one night of chills and acheyness but it went away after I woke up.
Needless to say I had to cancel my exam on Thursday because that's the morning I woke up feeling sick. I've also got my old moving bug back. I've moved the two oldest boys back into the playroom, now it's just a bedroom and we'll turn the third bedroom back into a office/workroom. Little M is too curious lately about the computer and telephone while it's out in the living room and it's driving me crazy. Hopefully before the year is up we'll have done something about getting our own home, one with the right amount of rooms because right now I refuse to move. Not until we go into our own house. Mortgaged or built with our own two hands.
I was ambitious this morning and got all the boys and myself showered and dressed and got some cute pictures of them. None of them perfect because who can get boys to stay still and pose but here they are. 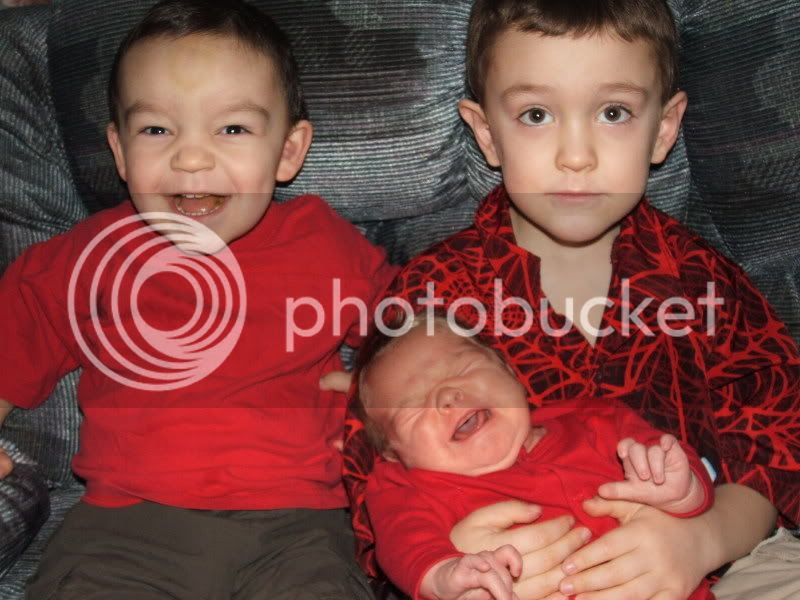 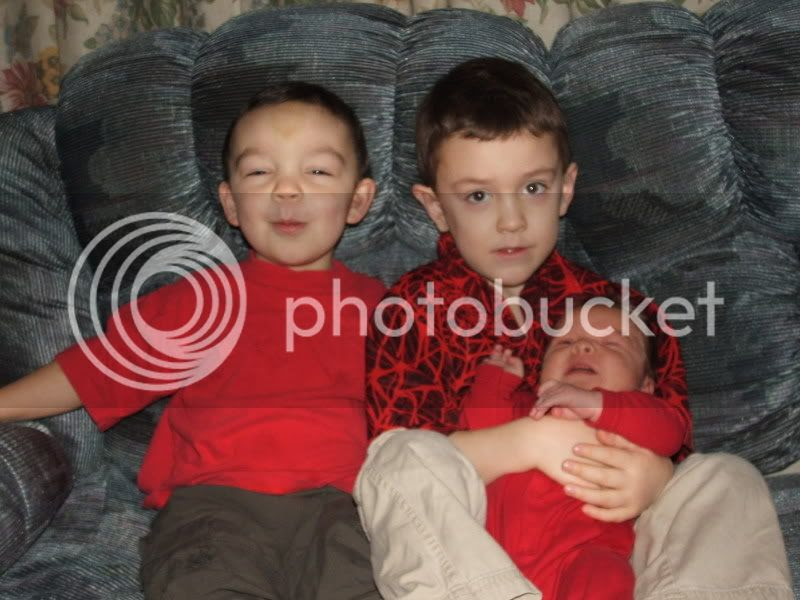 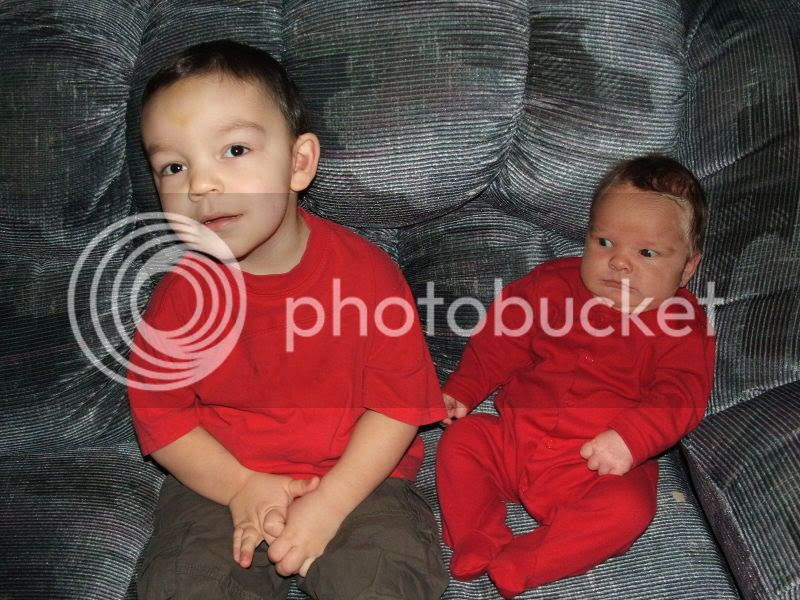 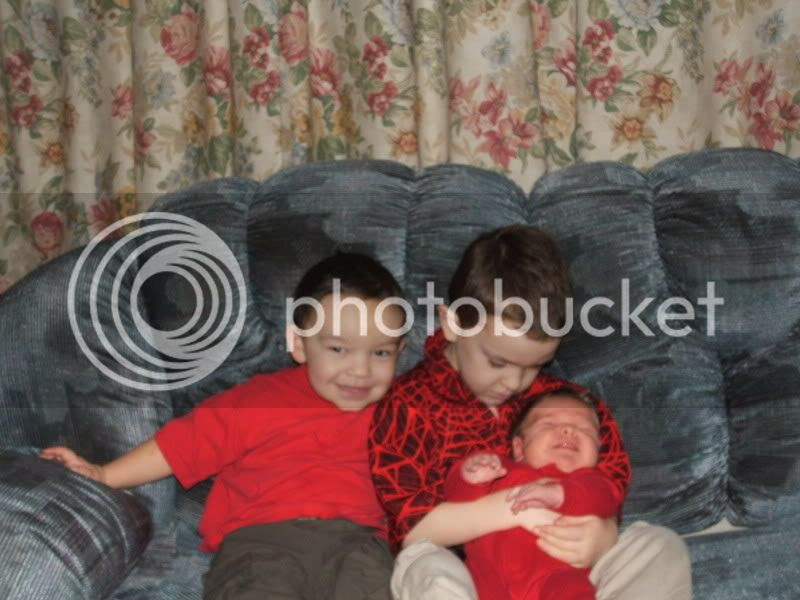 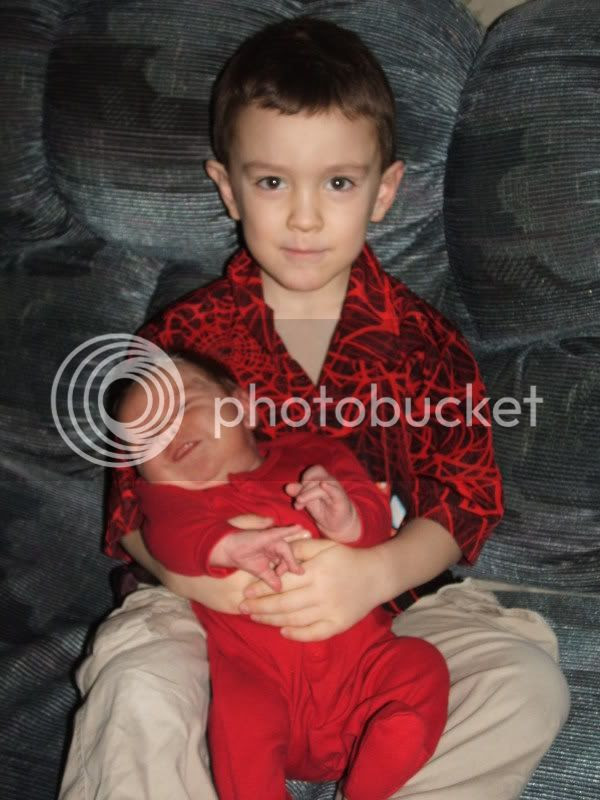 Sorry to hear about the sickies. We've had our share of it and it's no fun. :o(

Nice pics of the kiddos!