Another day another dollar....

Today was a pretty good day. I got to bed early last night, hubby worked late so I was in bed by 11:30, read until about 12:30 and then slept. I was up at 8am. I showered and did my pilates, I've been wanting to do this for awhile but never seem to have the time. I'll try to get to bed early tonight too!
I made myself a nice omelet with onions, peppers, mushrooms, spinach and tomatoes. We relax for the most part in the house and out. I did a bit of laundry. Took SmartGuy to Art Camp, which he still loves.
I've found a name I like for Little M. Reebok, he's a fast little runner just like his brother. He's still a big mischief maker too! He's obsessed with the hose and water right now. He's outside naked in the pool most of the day. It's really funny. I've got plenty of pictures too, mostly dressed though.
The heat is almost unbearable. SmartGuy had t-ball tonight but he was too hot and not really into it tonight, so we came home and he was off in the neighbourhood playing with friends. There were a few rough points today with the fighting between boys and them being disrespectful but I nipped it in the bud hopefully for good. That part of parenting is really frustrating.
Bugaboo has been hating the heat and really grumpy, so the heat and his teething he's not a very happy baby these days. He's nice first thing in the morning, he's up for an hour and then naps for 45 minutes and then naps again for a couple of hours. Usually but the heat and teething have been messing up his schedule. He's usually asleep by 8 or 9 but the last few nights with everything and the boys being loud he's been up until 10pm.
Yesterday we put him in the jolly jumper and he loved it. I finally got one off of a mom who is moving. I had to put a hook in the archway of our dining room but it works. My cousin is giving me the other one anyday now.
I'm really ticked right now because out front door knob is broken and we can't get out of the house, we have to use the back door and go all the way around to get outside. It's a big pain! SO that's it for now I guess.
I'm going to try and walk tomorrow. It's park day. There was a bear on the trail last park day and I ended up driving and haven't walked since. So I have to get my a** in gear and get exercising the Triathalon is less than two months away. Agh! 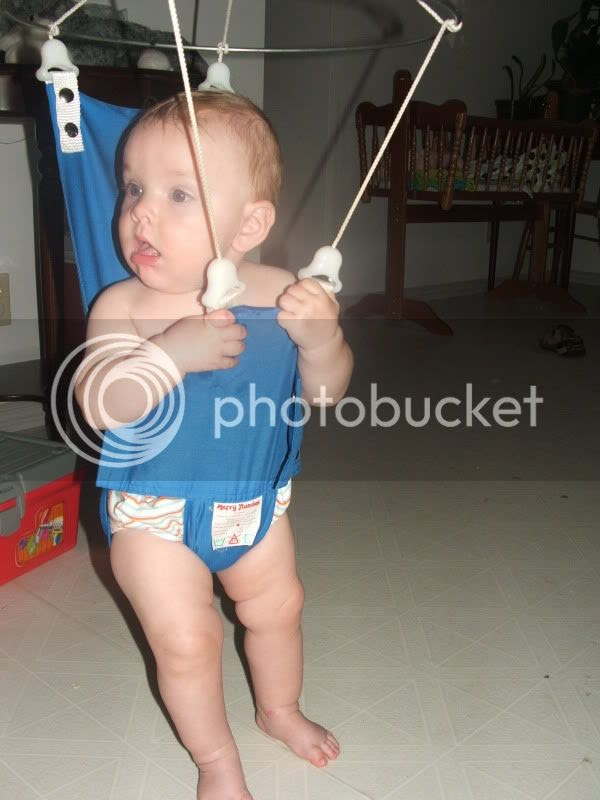 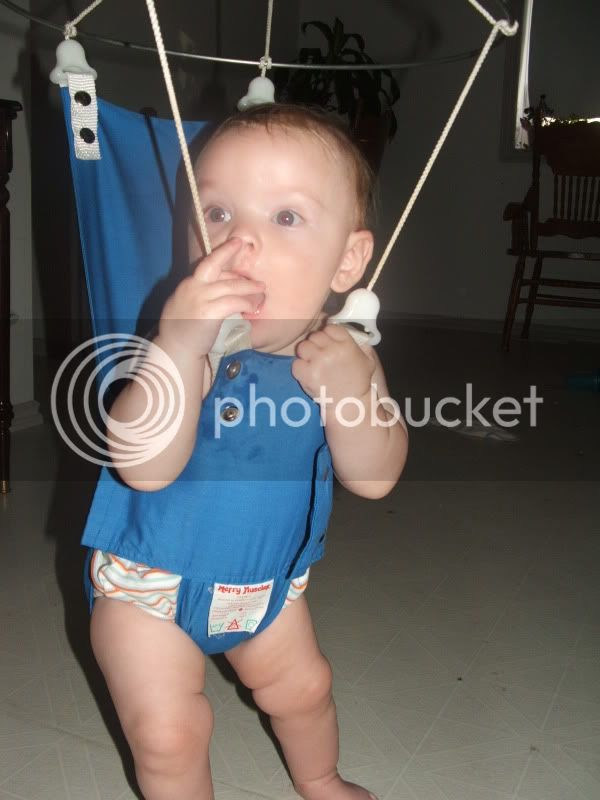 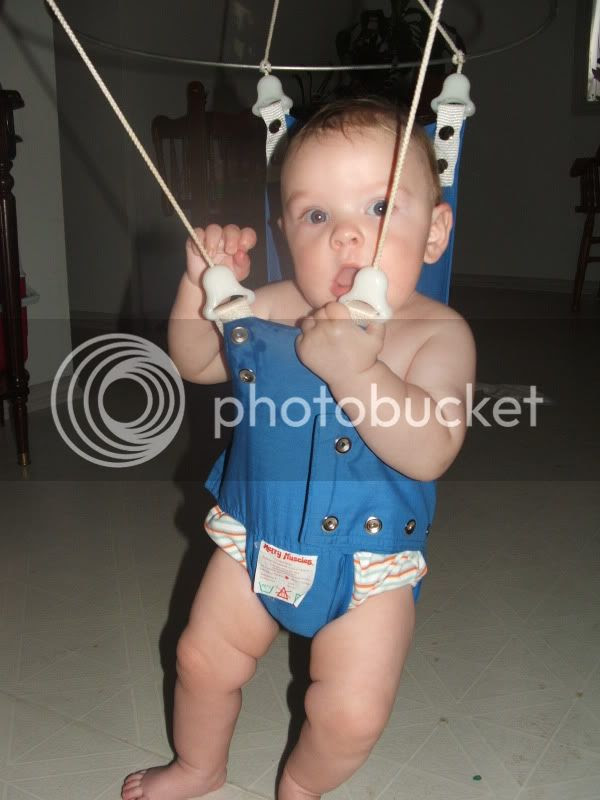