It's hard to believe my Bugaboo is 5 months old. Yesterday was the day. As of now he is rolling without much effort, sitting supported for ages, sitting unsupported for a few seconds maybe up to 30 seconds sometimes. He's pushing up on his arms and at other times he's grinding his face into the blanket while he pulls his knees under and is pushing off. He's moving around the floor quite a bit now. I love it! He's a happy smiley baby. He loves his Baby Einstein Activity Center, which has a recalled part by the way. I've taken the blocks off but I have to remember to call about the replacement. He also loves sitting in his Bumbo seat sometimes. I haven't gotten his jolly jumper back from our cousin yet, so soon I hope he'll be bouncy around in that. Here are some recent pictures of him. 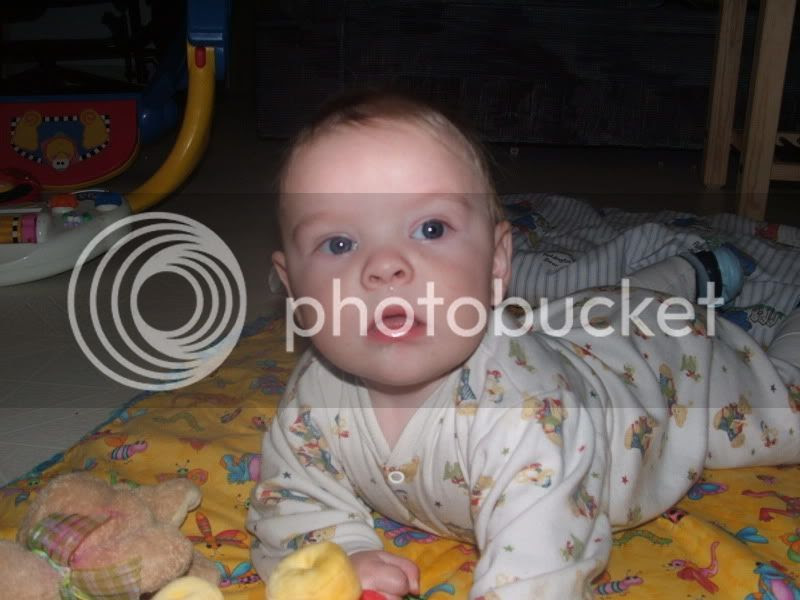 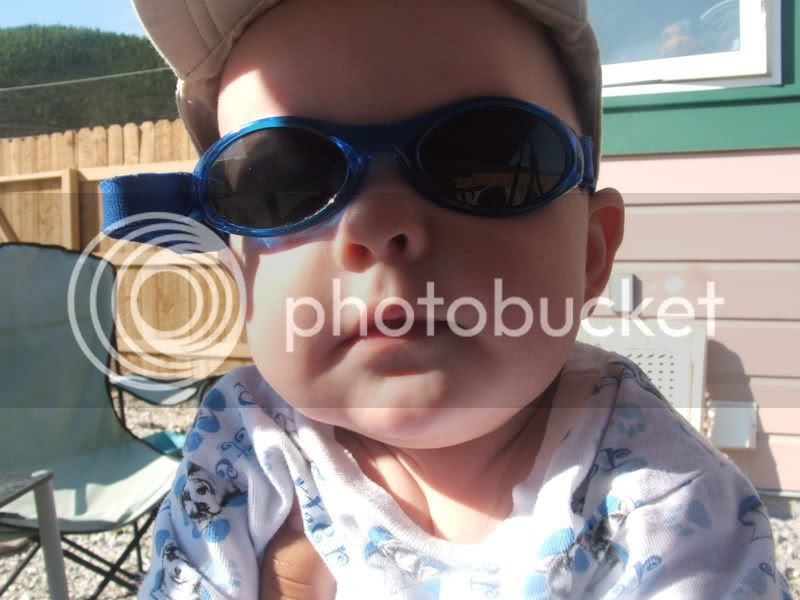 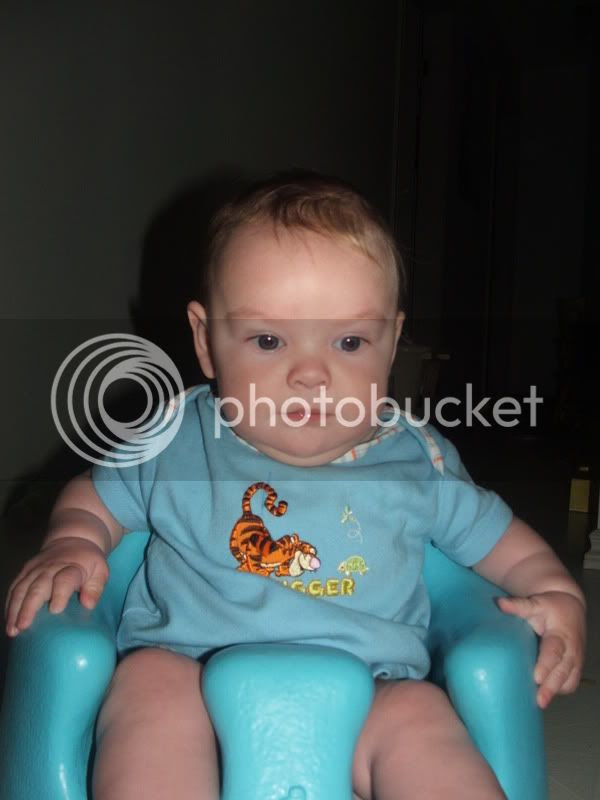 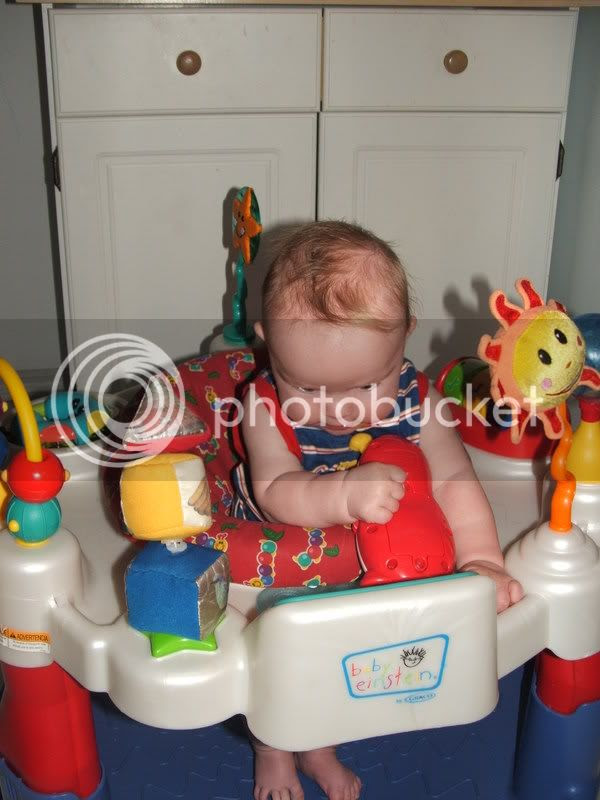 Oh my word. Chubby baby heaven. He is FIVE months?? Geez. Give him a hug from his auntie jen! :)