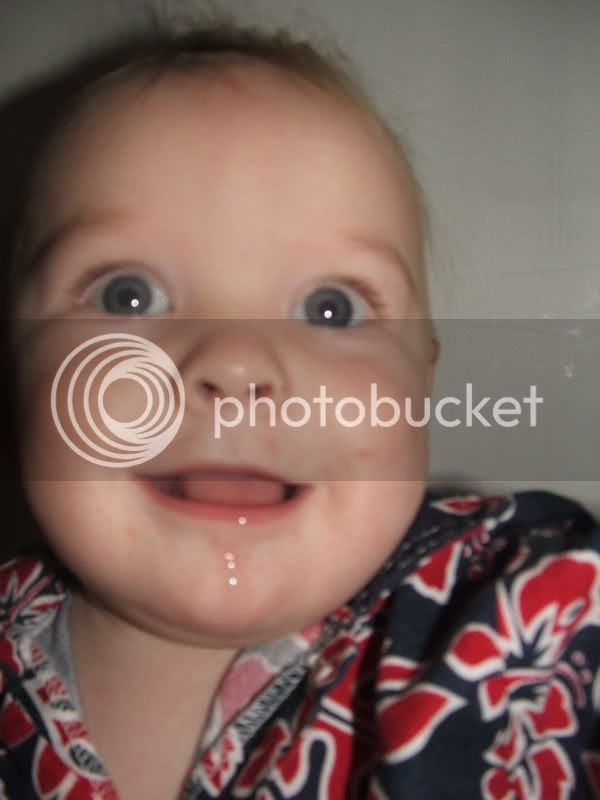 Wow! Where has the time gone? I tell you this first six months have flown by very quickly. I guess time does go by quickly when you have three children at home.
Bugaboo is learning quickly. He is sitting up, creeping around the floor, rolling over with ease now, he can get up on his hands and knees and rock, this is a new development over the last three days and it didn't take him long. He can get up quite easily now and is using this new technique to launch himself over the blankets and pillows on the bed, so I now have to be careful of leaving him on the bed. He a smiley baby most of the time but I find right now he doesn't last too long if I have him in the jolly jumper or Baby Einstein activity center while I cook dinner or try to get the floors done. The floors I'm going to have to keep up with fairly regular now that he's moving around, already I'm sweeping the living room floor twice a day because the older boys are so messy. He can almost get himself into a sitting position on his own.
He has started solids a couple of weeks ago but I'm taking it slow because of allergies. So he's had rice cereal (homemade and from the box), he likes neither. We are working our way slowly through bananas and apples, which he loves and today tried peaches which he did not like.
He is thoroughly upset that he isn't moving like his brothers, he tries to run after them when they go by him but his jolly jumper just won't cooperate. He's learning fast and I'm sure he'll be moving about very, very soon. 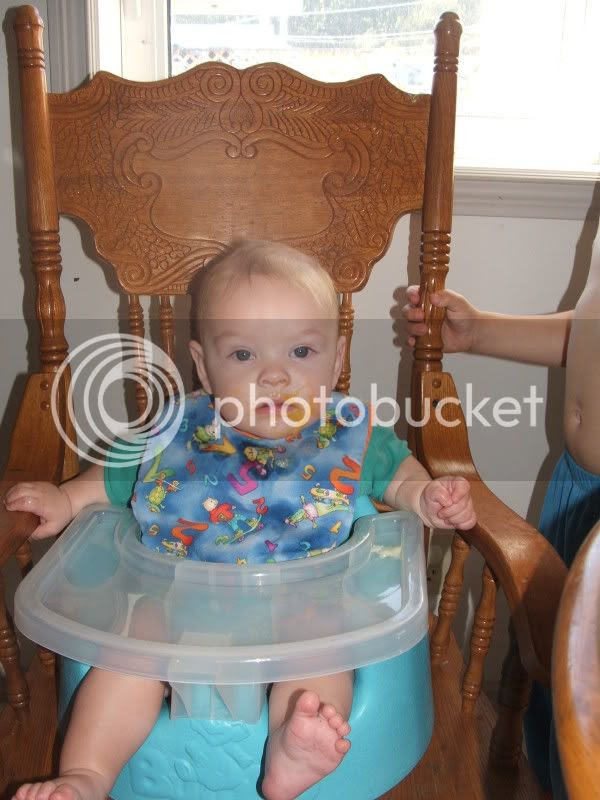 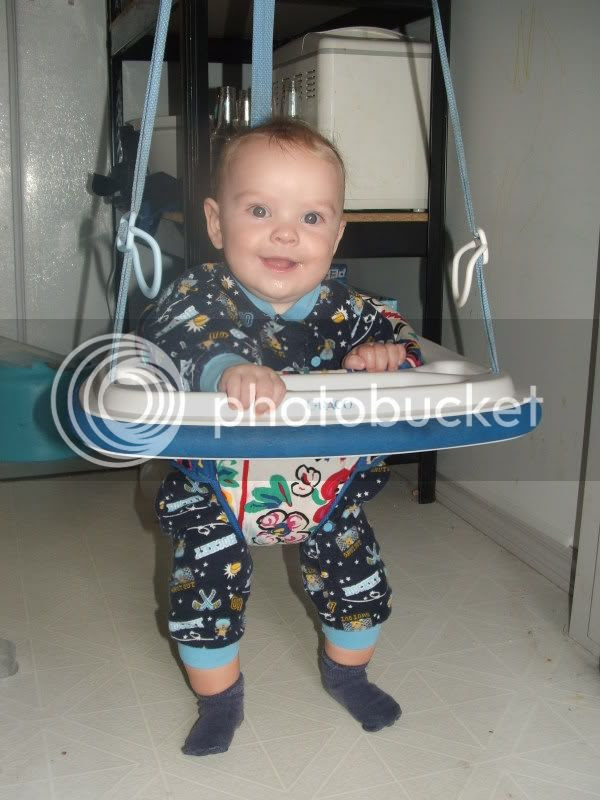