Yesterday was my BBF's wedding anniversary, 4 years I think. I made this but haven't given it to her and her hubby yet. I was going to tell her to pick it up on her way home from work but she wasn't in when I was in there, wasn't done at that time anyway because I was going to finish after the kids were in bed. But I ended up in bed pretty early last nigh anyway.
It was my first try at the basket weave but I think it looks alright. So H, you'll have to pick it up later on your way home, I'll keep it in the fridge until then. Love you, hope you had a wonderful night! 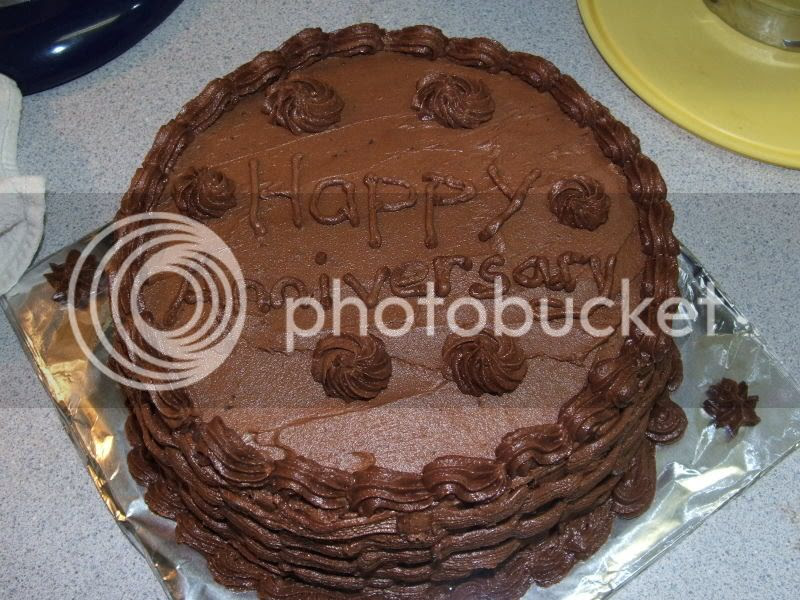 dear donna
thank you for the
amazing cake
you have a true talent
we need a cake store in town ,, Just imajine
Oh you should open your own little bakery.