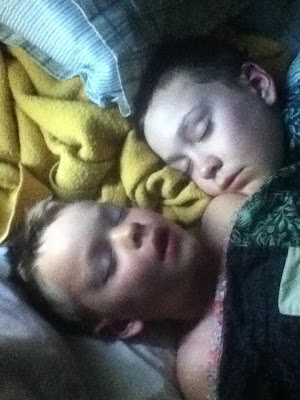 Woke up one morning to two in bed with me. Kale doesn't usually crawl in. 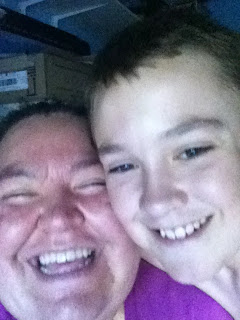 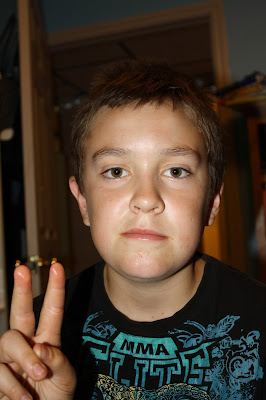 This boy of mine, teaches me so much.
He has from the beginning.
Being his mother has made me a smarter woman for sure.
He challenges me, he loves me.
He's funny and smart and quick as a whip.
He has these amazing stories in his head.
He loves to read, draw and write.
He's social and fearless.
He too serious sometimes.
He's emotional and quirky.
He's great with little kids.
He's a great big brother and likes to help his littlest brother all the time.
He's never been much of a cuddler but he'll come for hugs.
The thing about Kale is that he's great to talk to.
He'll come in at night and we'll lie beside each other and talk.
He misses his Grampa.
He speaks his mind and shows you his heart.
He talks to me and shows me his struggles and feelings.
He makes me a better mother, gives me patience, challenges my thinking and obliterates my beliefs.
In just a few short weeks he will be 12.
He wants to grow up already.
Tells me he hates my lectures.
I'm trying to teach him patience in the growing process.
I try to challenge him in his ways and sometimes he tries.
He's gaining  responsibility and trust as he really wants to open his wings and fly.
As his Mom, I try, it's hard some days to let him grow up but he'll always be my little Kale. 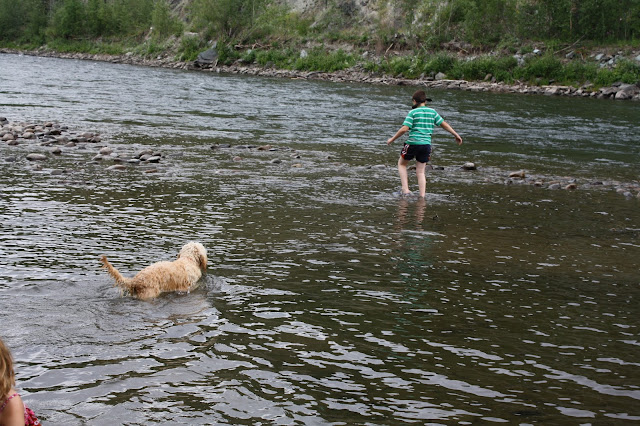 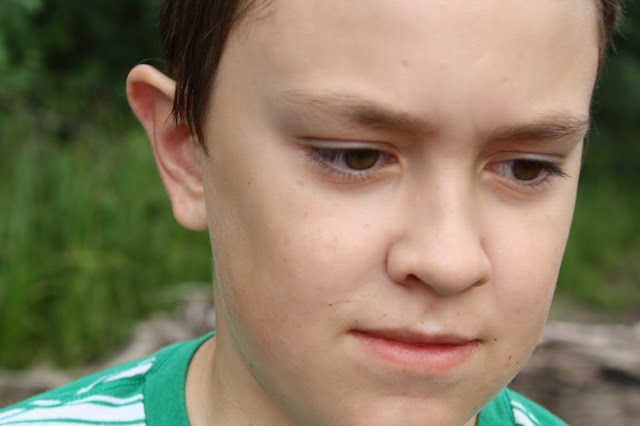